for School IT Professionals and Administrators in the Los Angeles Region

Join your peers and K12 IT thought leaders for a day of exploring the challenges around education technology, campus security, ERate, and the connected classroom.

First and foremost, Fran is an educator. She is a Microsoft Innovative Educator and a STAR Discovery Education Network teacher, and grant writer.  She was the Coordinator of the Upstate Technology Conference in South Carolina and served as an Adjunct College Professor for the College of Charleston. She has presented at ISTE, MACUL, SC Edtech, SCASL, SCIRA, and Upstate Technology Conference.

At SYNNEX, Fran  represents Intel Education and connects Intel Educators with schools and resellers nationwide. She works with resellers in the education market and shares ways technology can meet the needs of students as we prepare for the future. She promotes Intel devices to personalize learning for students and for teachers and works closely with the Google and Microsoft teams.

Mike Fleetwood has worked in the Technology Field since 1995. He served over 20 school districts in a consulting role through resellers introducing managed services, Internet, networks, servers and computers into the schools and businesses. He played a key role in developing Technology Plans, ERate Plans and Technology Support. As the Senior Business Development and Services Manager, Mike’s role is to take a lead in the charge on the Google an Microsoft for Education platform.

Eric Torres joined Datto, Inc. as Channel Development Manager in March of 2015. Prior to joining, he ran the Datto sales, operations, and business practices for a successful 65-person managed service provider out of Milwaukee, WI.  As a member of the Datto Advisory Board there, Eric shared his knowledge and expertise on business continuity as a peer to peer presentator at industry events.

Recently named to CRN Magazine’s “100 People You Don’t Know, But Should” list, Eric brings his passion for business continuity and the managed service provider community to this role..

Dr. Carrie Cate-Clements is a former High School Science Teacher, K-12 Administrator, and Higher Education Administrator who serves as Fortinet’s Education Account Manager for Southern California.  Spending 15+ years in the public sector contributed to Carrie’s ability and penchant to provide exceptional support to her customers as she’s walked many days in their shoes.  With a doctorate from Loyola University Chicago, master’s from Purdue University, and bachelor’s from Indiana University she was eager to return to California and leave the cold Midwest winters behind.

Rensley Pereira  specializes in Next-Gen Firewall and WiFi product lines for Fortinet. With a Master of Science in Telecommunication and Network management from Syracuse University, he brings with him a keen understanding of what the modern-day Enterprise Network comprises of and how to alleviate the common issues that lead to degraded performance while making sure the end users do not experience any interruption to services. He currently covers Named Accounts in North Los Angeles, but is always available to help and assist with any new accounts, evaluations or threat assessment projects. 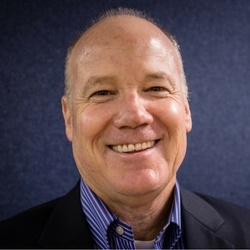 Don Wisdom founded Datalink Networks back in 1987, and has steered the company through every phase of IT innovation that has occurred over these last 30 years.

Don leads every facet of our organization's business development, inside sales, and presales consulting teams. His ultimate goal is to retain and grow our existing clientele, and assure client satisfaction.